Uncharted Legacy of Thieves is an action-adventure video game franchise published by Sony Interactive Entertainment and developed by Naughty Dog. Created by Amy Hennig, the Uncharted franchise follows a group of treasure hunters who travel across the world to uncover various historical mysteries. The series features historical fiction, elements of fantasy and folklore, and fictional characters alongside real-world historical figures and events. In the main series, players control Nathan Drake; in the expansion, players control Chloe Frazer.

The franchise’s first game, Uncharted: Drake’s Fortune, was released in 2007 and has featured seven further titles, with the main series including the direct sequels Uncharted 2: Among Thieves (2009), Uncharted 3: Drake’s Deception (2011), and Uncharted 4: A Thief’s End (2016). Spin-offs Uncharted: Golden Abyss (2011), Uncharted: Fight for Fortune (2012), and the standalone expansion Uncharted: The Lost Legacy (2017) also support the main series. Originally published exclusively for PlayStation consoles, the franchise later released games for other platforms, with the mobile spin-off Uncharted: Fortune Hunter [pt] (2016) and remasters of A Thief’s End and Lost Legacy for Windows in 2022.

The main games are played from a third-person perspective, with gameplay mostly revolving around combat, shooting, exploration, and puzzles, while platforming is used to navigate the environment. Later titles began including competitive and co-operative multiplayer game modes, stealth, and driving gameplay. Uncharted drew inspiration from other games,[1] film, and additional media, and is known for featuring exotic locations. Several adaptations of the series have also been released, including a live-action film, board games, comics, and a novel.

The main series received widespread critical acclaim, with praise for the story, cast, animation and characters, graphical and gameplay mechanics, and music, with its high production value being frequently compared to Hollywood-produced action–adventure films. It has also been credited by critics and publications for raising standards for single-player games, and is consistently ranked among the greatest video games. Uncharted has shipped over 41 million units, making it one of the best-selling video game franchises, helping the success of PlayStation during the seventh and eight generation and elevating Naughty Dog’s reputation as a developer.

Drake’s Fortune, the first game in the series, was released for PlayStation 3 in November 2007.[3] The system carried the following two installments of the main series, after Naughty Dog agreed to exclusively release the games on Sony systems. Among Thieves was published in 2009, and the creative team were afforded a greater license to utilize a larger amount of the system’s random-access memory (RAM), due to an improved proprietary engine. It subsequently introduced more locales, higher free roam and combat abilities, and a larger map. Drake’s Deception, released in 2011, built upon this aspect, while it also added an improved online multiplayer mode.

The following main installment, A Thief’s End, was published on PlayStation 4, and focused on realism and detail. The last in the series to feature the main protagonist, it added driving elements and improved other gameplay aspects, like stealth and role-playing, and comprehensive upgrades to multiplayer. It was released to massive financial success, breaking multiple records.[4] A free-to-play game for iOS and Android, Fortune Hunter, was released to tie in with A Thief’s End.[5][6]

Other games and compilations

Golden Abyss was published in 2011, and is the first in the series to be released on PlayStation Vita, marking the series’ first on a handheld console. It is considered a prequel to the main series, although, some developers have stated that it acts as a separate, original story.[7] In 2012, a turn-based card game titled Fight for Fortune was released. It was developed by One Loop Games,[8][9] and contained interactive elements suitable for the Vita.[10]

The Nathan Drake Collection is a remastered collection of the series’ first three installments, and was ported to PlayStation 4 by Bluepoint Games in October 2015. It was released to compensate for the delay in production for A Thief’s End, which was originally slated for release in summer 2015. The game also included a voucher for the beta for the multiplayer for A Thief’s End.[11] The games feature enhancements such as new trophies, an in-game Photo Mode, and improved textures and gameplay. The multiplayer modes from Uncharted 2 and Uncharted 3 are excluded.[12] It received positive reviews, with most praising the technical improvements and visual enhancements.[13] The game was offered for free as part of Sony’s Play at Home initiative during the COVID-19 pandemic in April–May 2020.[14][15]

Gameplay in the Uncharted series is a combination of action-adventure elements and 3D platforming with a third-person perspective. The player is given various physical tasks which must be completed to progress through the storyline, such as jumping, swimming, grabbing and moving along ledges, and climbing and swinging from ropes.[19] Other aspects, including shooting, combat, and puzzle solving, also regularly feature. In later titles, driving, boat riding, and other acrobatic actions were added or developed.

The Uncharted games grant a reasonable amount of freedom through the design of the maps. Later games contain elements of open world design, in order to encourage free-roaming to secure collectibles or stealth to avoid enemies.[19] In A Thief’s End, role-playing was expanded to include side discussions with other characters. The Uncharted series follows the structure of traditional action games, where players complete a single track series of levels with linear gameplay, and is navigated through a third-person perspective.

Shooting is central to the game’s function, as players are also required to bypass a string of foes. Although a wide variety of weapons are present in the game, the player can only carry a sidearm such as pistol, a primary weapon such as a rifle or shotgun, and a handful of grenades. These weapons are obtained by picking up weapons dropped by a downed foe, or from those scattered around the various maps. If the player dies, they will respawn at a specific level checkpoint.[20]

In A Thief’s End, the use of vehicles in an explorable environment was developed. It provides the player with freedom to take vehicles wherever they please, albeit, must be driven to a certain location to progress the story.[21]

In Among Thieves, multiplayer was introduced. It features both competitive and co-operative gameplay. The co-op multiplayer mode allows up to three players to take the roles of Drake and two other “hero” companions and features missions involving gunfights, platforming, and teamwork-based objectives.[22] Players can also assist their comrades if they become critically injured or if they are grabbed by an enemy.[22] The competitive multiplayer allows a maximum of ten players to play against each other in two teams of five. Six competitive modes are featured, including single or team-based deathmatches, and team-based objectives.[23] In A Thief’s End, survival mode was introduced, which features wave-based progression on swarms of increasingly powerful enemies, as well as completing other objectives. Furthermore, multiplayer allows players to accrue points and rank up, which can be used to purchase more skins for both heroes and villains.[23]

In Uncharted: Drake’s Fortune, the game is set off the coast of Panama, in the Amazon rainforest, and an uncharted island off the coast of South America. The second entry in the franchise, Uncharted 2: Among Thieves, was the first in the series to experiment with several locales. The game is set in the snow-capped mountain landscapes of the Tibetan Plateau in southernmost China, a museum in Istanbul, the jungles of Borneo, and the urban landscapes of Nepal. Subsequent games followed this concept, with Uncharted 3: Drake’s Deception featuring the streets of London and Colombia, as well as a château in France, a castle in Syria, a city in Yemen, and the sprawling deserts of the Rub’ al Khali.

Uncharted 4: A Thief’s End features a Panamanian jail, an estate in Italy, a cathedral in Scotland, several locations in Madagascar, and many uncharted islands in the Indian Ocean not far from Africa, to reflect Libertalia. Boston and New Orleans are also included, in both the past and present respectively, where the titular character resides.

The prequel game Uncharted: Golden Abyss features a dig site and several other locales set in the forests of Panama while the standalone expansion Uncharted: The Lost Legacy features the locales set in and around the mountain ranges of Western Ghats in India as well as a small bazaar and a city in Tamil Nadu.

Many of the locations represented were extensively researched for the series. The development team organized field research trips with tour guides and architectural historians and captured many photos and hours of video footage to properly reflect the settings. 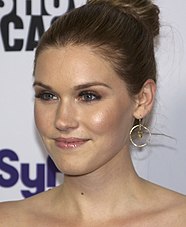 The series has included a wide variety of voice actors, with the development team settling on the decision that prominent characters would be voiced by lower profile actors. Only three characters have featured in every main installment, while Chloe is the only other single-player playable character:

Nathan is portrayed as a professional treasure hunter with a shady background. He is physically fit, highly intelligent, self-educated in history and various languages, and a supposed descendant of Sir Francis Drake. Naughty Dog gave Drake a very strong personality, as they did not want him to act blandly, and so, he often thinks out loud, and comments and complains on the absurdity of his situations.[24] Although naturally handsome, Drake’s appearance is generic and not excessively muscular, usually appearing in a plain shirt and jeans to portray the everyman persona. North also strongly mixed in his own personality with Drake’s, ad-libbing portions of the character’s dialogue and improvising numerous scenes.[25]

Elena is an investigative journalist, who often finds herself on the same excursions as Drake. They begin a relationship, and eventually marry and have a child. Naughty Dog initially designed Elena solely as a sidekick and a romantic interest to Drake, and her personality to complement his. However, she grows to be as capable as Drake at gun battles and resourcefulness.[26] Rose commented that “in the first game, she’s a lot younger, she’s a lot more naive, and she looks at things as being very possible, and in the second [game], has seen murders and adventure… the way that any person grows, you see that in her. She’s a little bit more hesitant, a little more cynical”.[27] The games tell the story of her romantic relationship with Drake.[28][29][30]

A former U.S. Navy officer, Sullivan is a skilled traveler, able to navigate planes and submarines. He is also able to engage in similar gun battles as Drake, and is adept at star-based navigation. Sullivan is Drake’s mentor and father figure, having picked him up as a wandering orphan in Colombia. Naughty Dog also designed him to fit the everyman persona, as he clads himself in odd guayabera-style shirts, khaki pants, and smokes cigars. He is also constantly in debt, and often relies on other people to fund the pair’s adventures.[31]

The only other single-player playable character, Chloe was designed to be a darker version of the main character, and a stark contrast to Elena. She is an impulsive and reckless adventurer, and is witty, devious, and fun-seeking.[32] Chloe is also a very sexually forward character, using it to help further her interests. At first, she appears selfish, caring little for anything but her goal, but is later seen as a very loyal and determined character. She is as skilled as Drake and Sullivan in gun battles and fights, while Black also ad-libbed segments of dialog to influence Chloe’s personality.